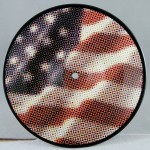 Issued for the 30th anniversary of “Live at Woodstock”, I think this was a promotional single exclusive to Best Buy stores. As I recall it was on the shelf for one cent. In ’99 vinyl was really oddball especially for a big box store. I think it was supposed to only go with a purchase of a boxset, but since it had a price and no one had any idea what the hell to do with it, the cashier sold it to me for a penny.